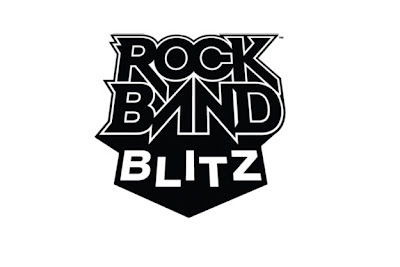 One of the most active booths at the showfloor belonged to one of the premiere game developers of the music genre: Harmonix Music Systems.  Between the active Rock Band stage and large Dance Central station stood the first playable builds of the company's newest product: Rock Band Blitz!

We got to play some of the game and film gameplay footage from the showfloor, and we were able to get some words from Brian Chan from Harmonix about the game and Harmonix in general.  Check out the interview after the break!


Third Rate Minion: Late last year, Harmonix became an independent developer after years of working with Viacom.  How has that transition changed the development and business processes at Harmonix?

Brian Chan, Harmonix: On the high-level, Harmonix is now shouldering a lot of the burdens that traditionally a publishing partner would handle.  We now have an internal publishing group who is largely responsible for the marketing of Rock Band Blitz—to name one example.  There are scads of other high-level changes that I can’t speak to as well as our CEO Alex Rigopulos already has in previous interviews.

What I can say is that on the development level, not much has changed how we make games.  We are still aiming at elegant, accessible fun games that capture the joy of music.  But being independent gives us the latitude to explore other areas as well.  In terms of the products we have been developing in the last couple years, Rock Band Blitz is just the tip of a much larger, more interesting iceberg.

BC: We see Rock Band Blitz as an extension of the Rock Band franchise and not at all a true successor to the mainline Rock Band games.  It was a way to do something goofy and light and unique, all with the desire to take advantage of the vast catalog of song downloads we’ve offered (and are continuing to offer) over the last several years.  Our players have placed so much investment in their song collections, so we created another way that they can interact with their songs.

3RM: Rock Band Blitz appears somewhat inspired on the company’s earliest game projects, Frequency and Amplitude.  What elements from those games have you put into Blitz, and what other inspirations affected Rock Band Blitz’s design?

In all of those games, you use a controller to switch between instrument tracks and play notes, and there are power-ups…but, in my mind, that’s where the similarities end.  We are all fans of Frequency and Amplitude (and bear in mind I had nothing to do with them—I came along in the Rock Band 3 era), but we deliberately set out to create something very different from those games and from the other “multi-track beatmatch” games Harmonix has developed since then (Rock Band Unplugged for PSP, Lego Rock Band for DS, and Rock Band 3 for DS).

Specifically, we were chasing elements of strategic depth and free movement that were not present in those older games.  You’re able to play any instrument at any time; the tracks never get locked (as in those old games).  A lot of the strategy comes out of finding the right track to play at any given time, given the song and the situation at hand.  Dovetailing with this is our choice to let the player select power-ups in advance of the song (as opposed to their randomized appearance in Frequency and Amplitude).  Overall, I think fans of the older games will be surprised when they play Rock Band Blitz—especially when they get deeper into the game.

3RM: The previous Rock Band games have hundreds of songs available for download, and Rock Band Blitz will be capable of using them, as well.  How did Harmonix go about developing these new Blitz-based arrangements?

BC: We knew we would have to use songs in the Rock Band format, with no additional information or metadata, to drive the gameplay in Rock Band Blitz.  We started by finding a way to convert the musical data into data appropriate for Rock Band Blitz’s two-button gameplay.  There were many iterations of the algorithm that did this, and we tweaked it over and over to get it feeling just right.  Then we combined the musical data with non-musical data (band member animation, lighting cues, and so on) to drive the visual effects of the game world (e.g. which lighting cues to play, which buildings appear by the roadside, how curvy or sloping the road is).

3RM: Rock and its related genres have been the predominant selection of music in the Rock Band series, but Blitz changes away from the realistic musical performance in exchange of  accessibility.  Will Blitz make use of any other genres of music at some point, or will Rock remain the main element of the series?

BC: Rock is still the centerpoint of Rock Band Blitz’s music, but there are a number of inclusions in the still-to-be-announced soundtrack that showcase the breadth and depth that the Rock Band song catalog has come to represent.

3RM: Rock Band Blitz allows players to communicate their scores via an online leaderboard, but it also has a number of unique social elements to it, too.  What are some of the other social interactions you have implemented into Blitz?

BC: When you start the game, you’ll see a screen called “Recommended” which recommends various songs to you based on your play habits.  You’ll see songs that you might like, songs that your friends have been playing recently, songs on which your friend is beating your score, and songs for which you can start a Score War with a friend.  In a Score War, you compete with a friend on a song over the course of a week, and the player who has the highest score at the end emerges victorious.  In addition to all this, we’re working on some deeper social interactions that involve our Rock Band Dashboard app on Facebook, but we can’t quite talk about that yet.

3RM: As the developer of the gaming industry’s top music games, you have seen the shifts of the market firsthand.  Where do you see the music genre shifting in the next few years, and what has Harmonix done with Blitz to help account for that?

BC: I think we’ll see a diversification of games that integrate music and musical gameplay and sound-based gameplay generally.  We’ve seen a lot of plastic instrument games, we’ve seen numerous “beatmatch” games that utilize players’ music libraries, and we’ve seen the dance genre flourish.  We’re hearing more and more about a lot of small music apps/games with oblique approaches—e.g. Beat Sneak Bandit, Circadia, Sound Shapes, Pixeljunk 4am, and Harmonix’s own VidRhythm.  Since Parappa, there has always been a steady stream of these kinds of titles (Bit.Trip, Audiosurf, Chime, etc.), but I think that these games will have greater potential to find audiences on newer platforms like iOS, Steam, and Facebook.  Overall, music is evergreen and people crave new ways of engaging with it.

3RM: As the game is emerging onto Xbox 360 and PlayStation 3, are there any intentions on the game going to other platforms such as the Wii U or handheld devices?

BC: We don’t have any platform additional announcements for Rock Band Blitz at this time.

3RM: What is your favorite song you have taken from Rock Band into Blitz and why?

BC: Maybe “Bulletproof” by La Roux or “Feel Good Inc.” by Gorillaz.  That is sort of a joke; these songs were the ones with which we have been testing the game throughout its development, and after hearing these songs hundreds of times, we became pretty sick to death of them.  But they are still awesome songs (especially if you haven’t played them a million times) and they work well in Rock Band Blitz because they place so much on rhythm and percussion.  In general, I think that pop, electronic, soul/funk, and hip-hop work really well in the game.

We would like to thank Brian Chan for taking the time to answer our questions.  Rock Band Blitz is scheduled for release on XBLA and PSN Q3 2012.  Rock on!
Posted by ThirdRateMinion at 7:56 PM