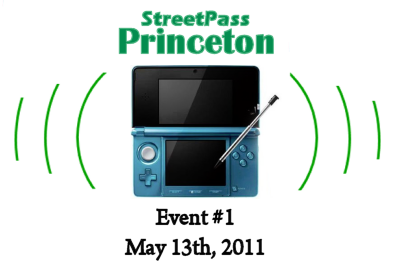 When Nintendo released the 3DS to the world, it anticipated people worldwide to travel past other gamers and exchange game information between the two in an act known as StreetPass. However, ownership is not universal right now, and even then many people in the United States do not wander around crowded places everyday. That is why a number of individuals are creating StreetPass groups in which local gamers can meet up, swap game data, and just hang out and talk about video games.

Friday May 13th was the first official event for StreetPass Princeton, a group of gamers in the area interested in meeting up for gaming discussion and gathering StreetPass data for the games currently out for Nintendo 3DS.

The event's locale was closed in, located within a private room of the local Panera Bread on Nassau Street, but the gathering was very welcoming and altogether friendly. As new people arrived, other attendees shouted hellos and gave warm cheers, both happy to see a newcomer and to see more activity within their 3DS systems. A charming number of individuals filled the area, including a nice cosplayer and Neal from NintendoWorldReport.

The event began at 2PM, and for those without lunch, there were bagels and cake available to enjoy while attendees introduced each other. Printed AR Cards and a large number of QR codes were attached to the walls within the two-roomed corridor, and sitting in the center of it all rested a number of Sonic dolls and real AR Cards to use for photos. In fact, there was a contest to make the best picture at the event. Contests were not in short supply here! 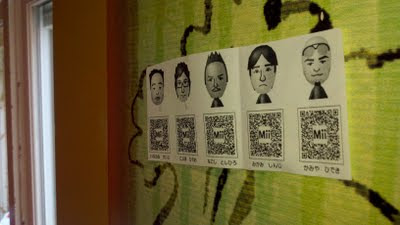 In particular, the biggest event was the QR Contest, in which everyone had to race to get all twenty six QR codes uploaded into the MiiMaker program. The first four to obtain them would match up in a miniature tournament in Super Street Fighter IV 3D Edition, one of the few games which uses StreetPass currently. Getting some of the codes seemed harder than anticipated, at least for me, but eventually four victors arose for some beatdowns. Videos of the bouts should be available soon. The winner of this event was Jordan White, the lead man for the StreetPass NYC group; funnily enough, he spent a while explaining how he was going to lose and ultimately won. As the winner, he received a $5 gift card to Gamestop and the Sonic-themed plushie of his choice. 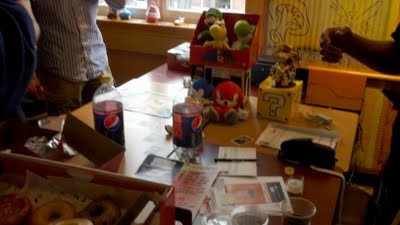 While that was the only real active event at the meeting, there are other contests happening in relation to it. Those who can produce the best logo for StreetPass Princeton will receive a Gamestop gift card, as will the person who produces the best photo from the event. While there was not much more in terms of game-specific events, it makes sense as the 3DS lacks many multiplayer games thus far. However, there was a lot of discussion of games already out and those to come, particularly about what is expected out of the Nintendo eShop and Nintendo's E3 Press Conference, both of which are happening around June 7th, less than a month away!.

Rob stated that the next event would be held elsewhere in the area late June, and he explicitly mentioned Dead or Alive Dimensions would be played extensively there. In the meantime, we can enjoy the memories of the first get-together of Nintendo 3DS fans in the Princeton area. 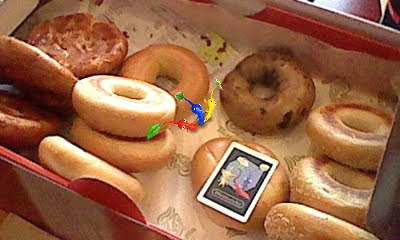 Even Pikmin enjoyed the bagels! 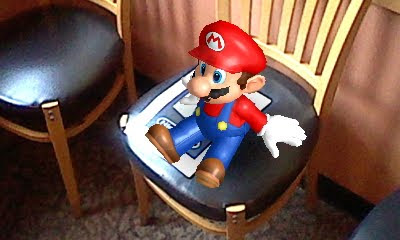 Mario kept quiet, but he seemed to enjoy the seating. 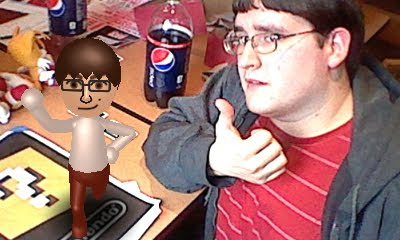 Who is this guy? Darned if I know.
For those who want to know more about future events with StreetPass Princeton, go to the official Facebook page or Twitter account.