Rather than flood 3RM with even more game-specific posts, here is a listing and screen-filled story focusing on all of the games specifically detailed at the Nintendo Press Conference.

Nintendogs + Cats
The sequel to the hit Nintendogs is returning with a new breed of animal. This time, dogs have cat companions which can be played and interacted with in a number of unique ways. In particular, the game will be able to recognize proximity to the player's face; for example, when a player is close up, dogs will come up and lick his or her face.


Pilotwings Resort
Set on Wuhu Island of Wii Sports Resort, players take control of their Miis and ride an assortment of flying vehicles, including planes and rocket belts. There will be Mission Flight which is a mode dedicated to completing specific missions, but there will also be a Free Flight mode for those who are willing to just fly around and relax.


Star Fox 64 3D
Star Fox 64 has returned, this time with revamped visuals and 3D special effects. The game is adding checkpoints and save spots, so new players will not have to worry about making pivitol mistakes and end up replaying the entire level or even the game to move onward correctly. There is word that the game could be adding quite a bit more than just a graphical overhaul; we will have to wait to find out if that is true.


Steel Diver
A unique IP from Nintendo, this game puts players into large submarines through which they can travel through three modes. There is a self-scrolling, touch-screen mode in which players control the submarine as it moves onward into the sea. Players can also play a mode in which they look through a periscope and attack other ships with torpedoes. Finally, there is a turn-based strategy game using the submarines, as well.


Kid Icarus: Uprising (Project Sora)
Kid Icarus is back and this time he really CAN fly...for a few minutes at a time. The game is a third-person-shooter developed by Project Sora, a development company led by Masahiro Sakurai, the creator of Kirby and Super Smash Brothers. In this adventure, Pitt shifts from flight shooting segments to on-the-ground, open-space action sequences. The game currently has three specific control methods; hopefully one of them is right for each player out there.


The Legend of Zelda: Ocarina in Time 3D
Ocarina of Time is coming back, and much like Star Fox 64 3D, this time around, the game is getting better graphics and a 3D overhaul. The menu is located on the touch screen, so items can be equipped quick and easily. Furthermore, interviews seem to hint that perhaps there might be a little added content beyond the title's revamped models, but only time will tell.


Animal Crossing
The 3DS edition of the series revamps the designs of the characters, and on top of it, players can now eventually become the village head, capable of building their own villages. Tom Nook will finally be taught not to screw around with the housing market!


Paper Mario 3DS
In this iteration of Paper Mario, it appears that stickers are the newest gameplay addition. By placing specific stickers onto the world, certain passages can be opened, and during battle, stickers can result in added attack benefits and can be the difference between a hit and a miss.


Mario Kart 3DS
Compared to the rest of the games, this one appears to be the least changed. Considering the last handheld Mario Kart was perhaps the best in the series, I can see why. Online play is still around, and one can expect a return of bikes from the Wii version, as well, but that is not confirmed.

Super Street Fighter IV 3d Edition (Capcom)
Super Street Fighter IV is now on a Nintendo console...or handheld. This version shares all of the additional characters of the Super Edition of the game, and the touch screen can be used to help use special combos during battles, if players need it. The newest mode introduced in this version comes out when 3D effects are turned on; with those effects on, the camera turns behind the player character, changing the perspective on the whole game. Another new feature is the trophy StreetPass battle mode, in which passing by other players of this game will result in instantaneous battles through StreetPass.


Professor Layton and the Mask of Miracles (Level-5)
The first Level-5 published Layton title for the US, this title adds 3D effects to the Layton series puzzles, even turning the once 2D characters into 3D models to make them stand out in the colorful world of mystery.


Metal Gear Solid 3: Snake Eater 3D Edition (Kojima Productions / Konami)
The 3rd, forest-bound adventure in the Metal Gear Solid franchise is heading to the 3DS, and this time, the game will add features in the series that were large components in previous games, such as the threat circle from Peace Walker. Of course, remodeled characters and added 3D events are a lock.


LovePlus 3DS (Konami)
Without going into too much detail, LovePlus is a series of girlfriend simulators that go no further than first base. This game will use all of the added features of the 3DS accelerometer and 3D screen. Furthermore, there could be a mode using StreetPass in which the girls share lies between one another, for added conflict or benefit. 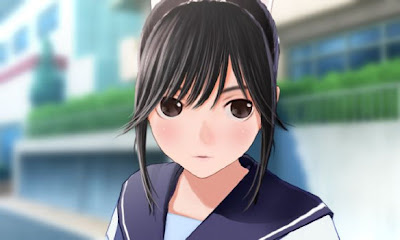 Pro Baseball Spirits (Konami)
One of the less interesting-looking titles, this is a baseball game coming from Konami. Not too much else to discuss.


Deca Sports Extreme (Hudson / Konami)
Deca Sports is on the 3DS, and this time there are ten minigames on which up to four people can play together. These game include soccer, Sumo wrestling, and gymnastics.


Asphalt 3D (Gameloft / Konami)
Asphalt is a series of racing games which originated on the NGage and moved onto the DS when it launched. A series similar to the newer Need for Speed games and Midnight Club, Asphalt is a more arcade-based experience. Details for this edition in the series are slim, but the screenshots depict a very smooth race this time around.


Tom Clancy's Ghost Recon Tactics (Ubisoft)
A turn-based tactics game using the Ghost Recon franchise. While not entirely graphically robust, the game looks like it could definitely breathe some life into the turn-based strategy genre. So far, it stands as the only one on 3DS.


Driver Renegade (Ubisoft)
A 3DS companion to the new Driver game coming to consoles. This game takes place between Driver 1 and 2, during which a now vigilante Tanner is out to clean New York City of criminal corruption. The shots are a little too clean to be real, but they give a hint on how it should play.


Super Monkey Ball 3D (Sega)
Super Monkey Ball continues its reign on the 3DS, running at a brisk 60 frames per second. Accelerometer and touch screen controls will be used together for more precise movements in the game, and multiplayer wireless modes include Monkey Race and Monkey Fight. Here is hoping the series can get a boost with this venture!


Double Pen Sports (Namco-Bandai)
In a unique twist, this game specializes in sports games which require the use of two pens for the touch screen. One area of the screen does one action, while the other area does another. While not good to play on the go, it at least tries something different with the touch screen.


Ridge Racer (Namco-Bandai)
Unfortunately, it appears that this game is more a port of the IPhone game than anything. The 3D effects do make it easier to sense where the rails and other obstacles are relative to the car, but other than that and avatars appearing for other racers, there seems little new to the title.


Tales of the Abyss (Namco-Bandai)
Tales is being ported to the 3DS, it seems. The Tales series in an RPG series which has been produced by Namco-Bandai for generations, but recently, the series has remained mostly Japan-exclusive. 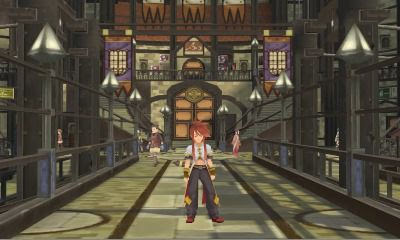 Leap Out! Puzzle Bobble 3D (Taito / Square-Enix)
Puzzle Bobble comes to 3DS with a twist, in addition to the original puzzle gameplay people know and love (or loathe). The game will have special "Gimmick Bubbles" which interfere with the game in a multitude of ways, potentially even in 3D.

Chocobo Racing 3D (Square-Enix)
This edition of Chocobo Racing adds more than just racing in 3D to the mix; the game has players venture off into the wilderness to complete missions in order to gain levels and money for upgrades as the game progresses. With these new editions, Chocobo Racing 3D might be quite a bit more than it sounds. Perhaps Racing should be dropped from the title?


Samurai Warriors: Chronicle (Koei Tecmo)
This venture in the Samurai Warriors series allows players to create their own general as the protagonist. Along with three other generals, the character heads off on specific missions; via the touch screen, players will be able to shift between each of the characters in order to complete multiple missions at the same time.


Animal Resort (Marvelous / AQ Interactive)
Inheriting your grandfather's zoo, you have to tend to it and raise animals all around; potentially, the game could be like Harvest Moon, or a Tycoon game. The game will allow people to take photos of the animals, which should prove lifelike with the 3D effects in tact. With about a hundred different animals to get over the course of the game, it is certainly something animal lovers should look forward to in the future.

Cubic Ninja (AQ Interactive)
Cubic Ninja is a platformer puzzler in which players control a minature ninja character throughout a large trick castle filled with traps and puzzles to solve in order to make it to the exit. The game apparently can be controlled by tilting the 3DS, too. A level editor will be provided, and players will be capable of sharing their custom mansions with each other. Rumor has it that this game is the next title developed by Naoto Ohshima, the co-creator of Sonic and head of Artoon.

Shanghai 3D Cube (Sunsoft)
The game is your average game of Shanghai, except in this case, rather than display the blocks on a 2D plane, the game puts them into various setups, from a cube to a pyramid. The game will also have a number of multiplayer modes. A release outside of Japan is unlikely.


Fish On (ASCII)
The first fishing game on 3DS, this game promises the ability to move around whereever you want in order to fish. Visually, the game is planning to wow players with its water effects.


Earthpedia (Gakken)
The 3DS's first edutainment title, this game focuses on the Earth and the space around it. The game will use the accelerometer in some way, but little was discussed regarding the product.

Runabout (Climax / Rocket Company)
Originally announced as "Crash-City GP," this game has players rush through cities and clear missions, all while destroying everything in their path. An action racer, the title is still a mystery beyond these tidbits.

Medalot (Rocket Company)
Known as the Medabot series in the West, a new title is coming to 3DS. Announced at E3 as "Vs-Robo," this title should reflect the customization and trading aspects which made the Medabot series so revered during its time.