At PAX East 2014, Gaijin Games was at the show to demonstrate two upcoming games, Woah Dave and Destructamundo, the latter of which I got to play.  We also got some footage of some gameplay, too, which you can see right here.  Check after the jump for our impressions.


Destructamundo is an intergalactic puzzle game all about destroying planets for resources. Players play as an alien race in dire need of resources that unfortunately can only be gathered by blowing up other planets and solar systems. Despite the grim theme of destroying entire solar systems, the game’s aesthetic presentation is made up of solid planes of color and geometric shapes and forms. This abstract representation of intergalactic obliteration helps detach the morbid act of destroying entire galaxies from the gameplay, leaving only you and the shapes that need to be destroyed. The game’s visuals reminded me of the old Art Style games from Nintendo as well as Gaijin Games' own BIT.TRIP series, where the components of the game were simplified to the point where it was only shapes and gameplay. 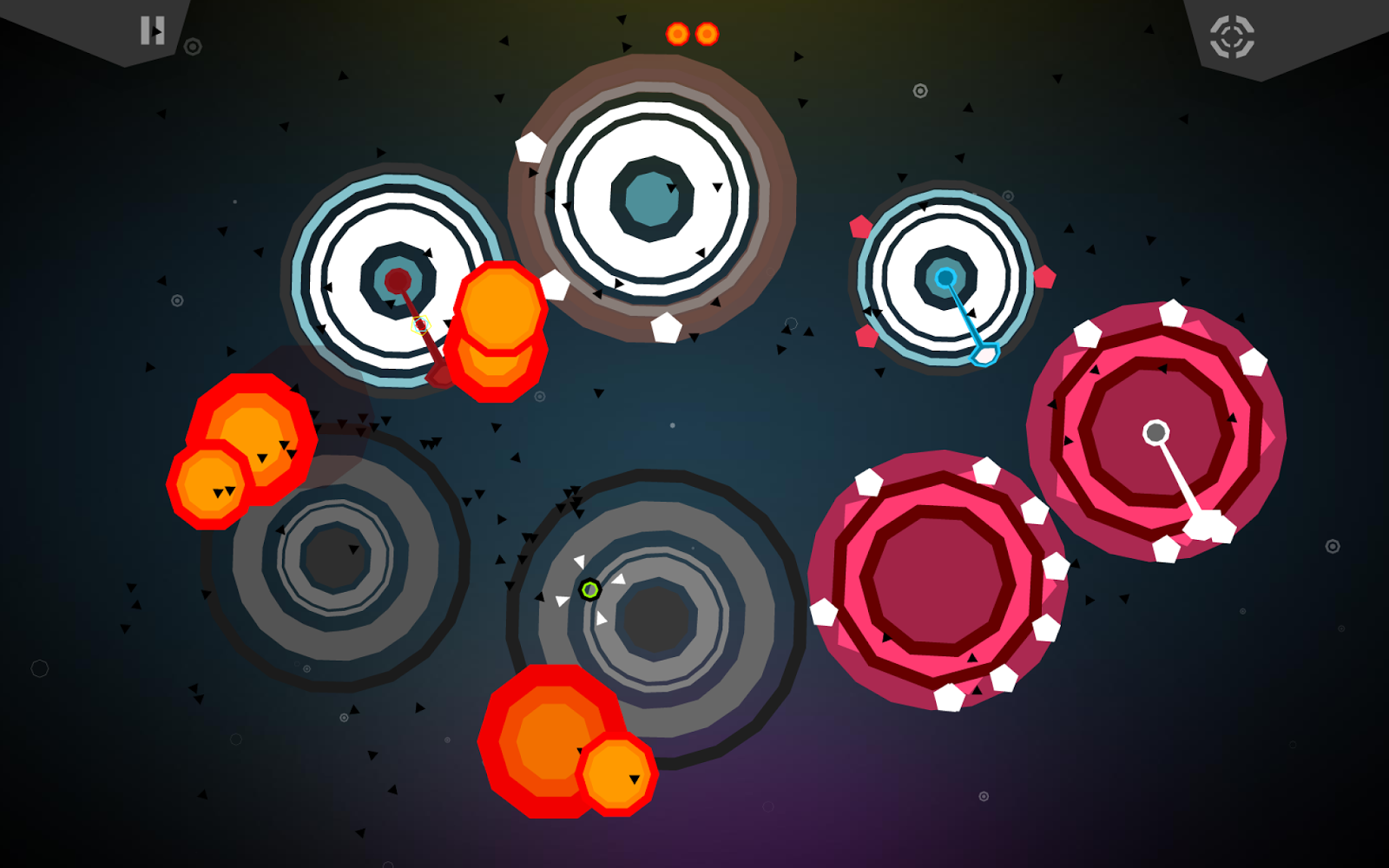 Each of Destructamundo’s puzzles have a number of planets and their own revolving satellites. The goal of the “puzzle” is to destroy all of the planets by setting off a chain reaction of explosions. Using a reticule, you aim at the solar system where you want to create a small explosion that spreads outwards.  If a planetary body collides with the perimeter of the explosion, it too will explode outward. The challenge is to set an explosion in the right place at the right time in order to create a domino effect, destroying every planet in the stage. This gameplay is similar to arcade game Every Extend, but Destructamundo is less about arcade action and more about planning and puzzle-solving. At the end of each stage, you get a score based on how many times you had to set off an explosion and the combos of planets destroyed. However, to get the most points and a high rating for a stage, you need to destroy everything with just one explosion, which is harder than it sounds. If successful, you can select a grouping of debris left from the explosion to get extra points. The trick is to select the most clustered spot of debris to get the most points. During my playtime with Destructamundo, not only did I encounter various layouts, but also different kind of planets to destroy. The easiest moons to destroy would move around in an orbit around other planets. If one of these orbiting satellites blows up, the other moons can crash into the explosion, creating a chain reaction of destruction from one side of the solar system to the other. These explosions can even reach out to other moons in other orbits. Another planet type has to be destroyed by hitting their thermal reactors, which are located on the planet surface. Once it gets hit, the blast will slowly reach the planet’s core like a fuse and result in a massive explosion that can take out huge portions of the screen and any planets along with it. However, not every target is that easy to destroy; there were some planets that had special shields that required a number of explosions to destroy. The trick here was to have an explosion hit the shield to destroy it and then have the chain reaction of explosions return to the now defenseless planet to finish the job. It will be interesting to see what other kinds of planets appear in later stages.

Destructamoundo adds a unique twist on the puzzle genre. The idea of a chain-reaction-based puzzle game using planets and explosions shows there is still room in the genre for some creativity. My hands-on time was short, but I got the feeling that Destructamundo’s simple gameplay and stage-based layout will make it an enjoyable pick-up-and-play iOS title for those on the go or those who need to pass the time.  Of course, the game is also coming onto non-mobile platforms, too, so don't be jealous yet, console and PC gamers!

Keep an eye out for Gaijin Games to reveal more details about the game and its release dates.
Posted by ThirdRateMinion at 6:18 PM