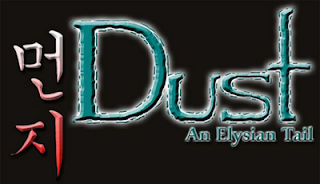 The winner of DreamBuildPlay in 2009, Dust: An Elysian Tail has been in development for some time and has kept most of its features a secret. At PAX East 2012, we had a chance to play this game at Microsoft’s Xbox Live Arcade booth and speak with the man behind the game, Dean Dodrill.  Check after the break for the impressions!

Dust: An Elysian Tail is a two-dimensional adventure game similar to another animated action adventure title, Muramasa: The Demon Blade. Like Muramasa, the game focuses on mixing the usual hack-and-slash combat and platforming with an unique art style to keep the players eager to continue. However, instead of playing as a samurai in historical Japan, Dust has you portray a robed swordsman fox moving about a dark, bleak setting filled with vicious monsters. After playing through its lengthy demo, Dust has the workings of being a success but it also has some difficult hurdles to overcome.

The first thing I noticed about Dust was its amazing character animations. The main character, his partner, and all of the horrific monsters were animated so well it resembled full cell animation usually restricted to cartoons. The fluidity of the main character performing attacks and combos helped intensify the action of the battles and made me feel like I was in control of a skilled warrior. The detailed animations were best shown off during the in-game cut scenes in which you can see the detailed close-ups and smooth talking animations from each character. While the environments were not as animated, they were highly detailed and helped place the characters into the dark and gloomy landscape. Of all the things Dust has to offer, its animations were definitely its strongest.

As one would expect in a hack-and-slash game, the main character fights against the hordes of monsters using various combo moves, which could either send enemies flying away or juggle them into the air for a continuous combo. Each attack were accompanied by a flash of light or rippling effect, adding to the already fluid animations. However, despite how flashy these moves were, it felt like my character was underpowered when compared to the monsters. While it could have been because the character was at level 1, it took too many hits to kill many the enemies in the demo. Even the smallest enemies that should have been grunts or pawns took several combos to take down. It wasn't just their hit points that made them hard to defeat but also their aggression was shockingly high. Instead of enemies taking turns attacking, they all seemed to attack at once, breaking through my combos. Though I could perform a dodge move to avoid their attacks, the monsters also could dodge my attacks, leaving me open for another enemy to strike. The hardest enemy I encountered was a knife-armed demon that jumped around like crazy while continuing to slice me to bits. Even though I could perform a parry move that could block its attacks, it did not seem to finch and moved right into another combo. Again, it could be that my character was just too weak in the demo as gaining a level allowed me to increase certain stats such as attack power and defense. Had this encounter taken place later in the game with a stronger hero, the combat may have been more manageable. While the combat looked enjoyable, the demo was overly difficult and took away from the enjoyment by making the character less awesome than how he looked.  Thankfully, Dean has agreed that the demo was perhaps a touch higher in difficulty than it could have been.

Something interesting I found in the demo was the existence of branching paths. Looking at the map, I noticed several places where I might have been able to venture higher up had I explored more of then land. Later in the demo, I reached an area where I could go up or continue downward. Text appeared near the upward path, covered in ooze, informing me that I would have to return with a new power-up in order to get up there;  this backtracking element definitely reminded me of many Metroidvanias out there. Even though the demo did not allow me to explore down these pathways, it already had me wondering what creatures and treasures would await the hero down these paths. I hope the final game expands on exploration rather than focusing completely on the combat.

While the animation and visuals all look great, this game ultimately boils down to a action adventure title with RPG leveling and exploration. If exploration is a good part of the game and the combat difficulty is turned down a touch, I feel Dust: An Elysian Tail could be a game to keep on the look out. If the difficulty remains the same and exploration is limited, this game might also limit itself to the hardcore hack-and-slash gamers. Either way, Dust has amazing animations that will make it stand out from the crowd, and with so much hidden yet to be revealed, it might have quite a bit more to make it stand above the rest.

Check out Dust: An Elysian Tail when it hits the Xbox Live Arcade later this year.
Posted by ThirdRateMinion at 8:05 PM