As some are aware, this week Nintendo brought demos back into their downloadable content system. Last holiday season, the company ran a trial of five game demos running from November through January, but this time, it sounds like Nintendo is in for the long haul.

Now, before we jump up in unified euphoria, note a few things. First of all, these are not required demos, and so do not expect every WiiWare title on the market to come with a demo. Secondly, the demos have to be downloaded separately from the full versions, unlike on XBLA where the demo is but a small code away from being a complete version. Finally, the demos will only be available for a limited time, so download and play them before they vanish (or keep them on your SD card for safe keeping). The length of a demo's existence is normally four weeks, but Gaijin Games has stated that if the demos are voted above Bronze status on the Nintendo Channel, the demos last longer.

Provided the releases of demos are consistent, we here are 3RM will provide a level of insight on what the demos provide and how they compare to the content of the complete products, starting with the four which launched the new system of demos. 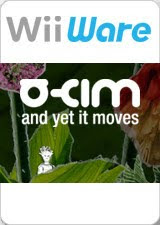 Developer/Publisher: Broken Rules
Original Release: August 23rd, 2010
Price: 1000 Wii Points
What is it?
And Yet it Moves is a physics-based platformer in which players can rotate the world around the main character to whichever angle they please. Of course, as the world rotates, the character's momentum remains the same, creating a number of puzzles and traps all with the manipulation of gravity in mind.

What does the demo have?
The demo consists of two and a half levels: Rock and Roll from the Cave world, It's a Bug from the Jungle world, and the first segment of Transition from the third world. The demo allows for any of the game's control schemes and shows the list of achievements players can complete over the course of the game. Following the completion of the demo segment, the game shows a video of the full game's content and allows you to use the game mechanics to choose whether to replay the demo, buy the game, or leave to the Wii Menu. 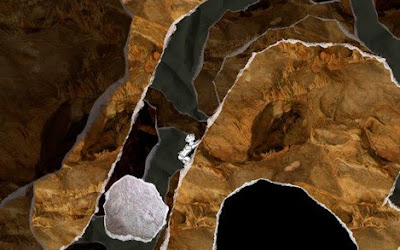 How does it compare to the full game?
The full game has 20 levels spanning four worlds, although four of them are not necessarily part of the main game. There are multiple extra modes including time attack, limited spins, and limited deaths. It has plenty of replay content, based on those factors alone, so don't think that one run-through will end the game content entirely. Certainly one of the better demos of the bunch, with all the locales and game shown off. 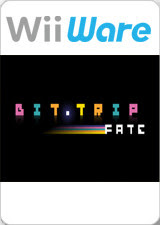 Developer: Gaijin Games
Publisher: Aksys Games
Original Release: October 25th, 2010
Price: 800 Wii Points
What is it?
BTF is an uncoventional on-rails shooter and is also the fifth game in the six-game BIT.TRIP series (BEAT, the first game, was one of the five original demos last year). Players control Commander Video along a rail known as a vibe, and using either a control stick or the Wii's pointer, they aim and shoot at enemies as they appear to attack the black pixel protagonist. Power-ups based on his friends encountered in RUNNER make an appearance to help, but make no mistake: this game is a shooter taking you to hell and back.

What does the demo have?
The demo includes the first two stages of the game, but once the players make it to the second boss, or rather, the first major boss, the game's demo concludes. The player can choose to go to the Wii Shop channel at the title screen. Scores cannot be saved, and if a player gets to the second stage and leaves the game, it will not save his or her progress. 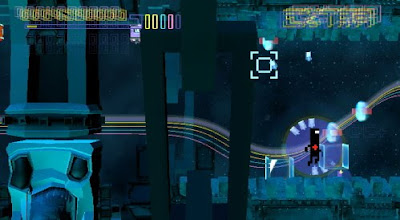 How does it compare to the full game?
Of the four demos, this one has the largest percentage of the main game within it. The main game consists of three major areas, making six stages total. From a purely mathematical point-of-view, the demo offers one-third of the full game for free. You cannot save scores or progress, both of which are big for arcade experiences, but this demo offers a lot of game to help players decide whether or not the game is right for them. 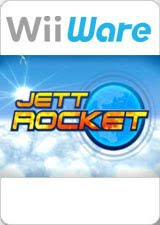 Developer/Publisher: Shin'en Multimedia
Original Release: June 28th, 2010
Price: 1000 Wii Points
What is it?
Jett Rocket is a 3D platformer in which players control Jett Rocket, a planetary protector, as he fends off against an evil posse of robots bent on destroying all wildlife within the world! Each level's goal is to reach the power generator and destroy the PPP's influence on it. Along the way, players will be able to use Jett's rechargeable jetpack, his dash attack, and a number of sleek vehicles to cross otherwise uncrossable terrain. Just watch out for the evil robots!

What does the demo have?
The demo contains the full opening of the game as well as the training level, access to the world hub, and the first level of Atoll. Players can access the Wii Shop Channel in the main menu as well as at the end of the demo itself. A list of features appears at the end of the demo, as well, though it does not provide full specifics on what the game offers. 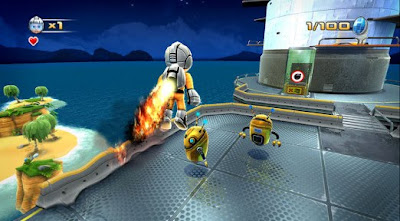 How does it compare to the full game?
Compared to the rest of the demos, this demo provides very little. The game's opening, training level, and first level can be completed in a severely short period of time, and without the ability to try out the longer levels or even see a need to gather the solar cells, it does not give a great representation to the main game. The main game has roughly a dozen levels between the three worlds, each ending with a boss. The full game might be on the short side, but the demo could have had a level from the later worlds to show differences in the environments. 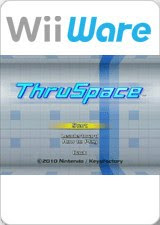 Developer: Keys Factory
Publisher: Nintendo
Original Release: October 18th, 2010
Price: 800 Wii Points
What is it?
ThruSpace is a puzzle arcade game in which players control a keydron, a 3-dimensional tetromino of sorts, in order to guide it through holes along oncoming walls. The player can rotate the keydrons in any direction, and with special items to collect in particular crannies of each hole, players will have to rotate correctly and quickly to get the best score and not run into a wall at the same time, not to mention make use of a unique trick system!

What does the demo have?
The demo provides players with the first two lessons from the game's tutorial, in order to teach them the main game elements before pushing them to the actual levels. As for the actual game content, the demo provides two stages, one for each of the first two keydrons available in the game. Players cannot upload scores earned from these levels online. The game concludes with a splash screen with a link to the Wii Shop Channel. 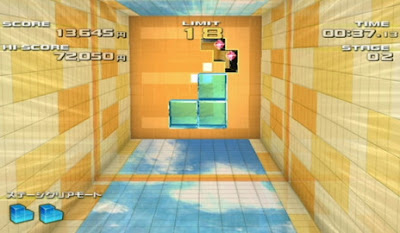 How does it compare to the full game?
The full game contains three main modes: Normal, Endless, and Trick Challenge. The demo only gives players a chance to try out Normal, and since the tutorial does not explain all the major trick features, it provides for more content once the full game is downloaded. Each of the six keydrons have three levels to try; the demo gives only the first levels of the first two keydrons. There is a lot of content cut for the demo, and yet it offers just enough to give players the idea whether to buy it or not.

---
So that's it this week folks! Remember to vote via the Nintendo Channel if you like the demos, and they'll stay online longer. They have a normal expectancy rate of a month, so get gaming!
Posted by ThirdRateMinion at 8:35 PM