5th Cell, developer of the Scribblenauts series, has unveiled some more details regarding its debut title for XBLA, a third-person shooter entitled Hybrid.

While the team has been quiet about the innovations behind Hybrid since its unveiling last year, this past week 5th Cell revealed that the game would be a constant, worldwide war, even while the player is away or playing other games.

The world of Hybrid is a post-apocalyptic future, after an asteroid strike creates chaos across the globe. Following the incident, two races emerge: the Variants, people who had become mutated by the effects of the asteroid, and the Paladins, people who were immune to the asteroid's effects. Players choose to be among one team and must protect their turf from the other race. 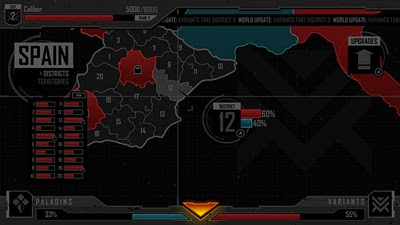 The game is an online third-person shooter, and players must fight together to ensure that their land is not taken by the other race. The overarching goal is to take back lost territory and eventually achieve world domination. Shown above is a screenshot depicting how the game displays the land taken by each race and the conflicts constantly at work over the course of the game's existence. A worldwide server has been created by 5th Cell to handle every battle in earnest, keeping tabs on the whole game world as the war continues. 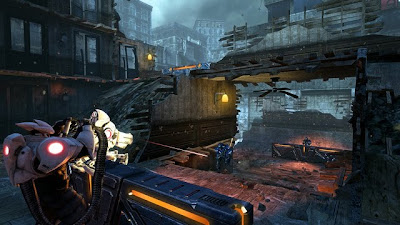 Not yet shown is the game's other innovative component, Combat Focused Movement, which according to Eurogamer, is expected to be unveiled at February's Game Developer's Conference.

While no concrete release date is known, 5th Cell has been aiming for a summer release. Perhaps it will be among the titles for this year's Summer of Arcade? We will know soon enough!