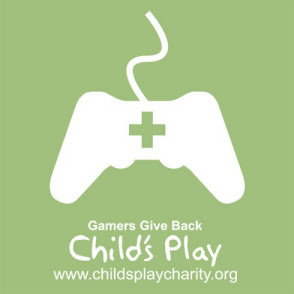 Video game charity Child's Play announced that it had raised over $2.2 million in donations for 2010, the highest in the charity's history.

Child's Play is a charity organization formed in 2003 by the creators of Penny-Arcade, Mike Krahulik and Jerry Holkins. This past year, the charity earned a total of $2,294,317.53 in donations from a variety of sources, including major video game corporations, indie game bundles, game-a-thon charity events, and a multitude of other venues. This is a growth from 2009, when the charity earned shy of $1.8 million in donations.

Child's Play has accumulated over $9 million in total donations since its inception, helping provide video game entertainment to sick children in over 70 hospitals worldwide, including those located in the US, Canada, UK, and Egypt.

Congratulations on the ever-growing charity, and thanks to all who donated!