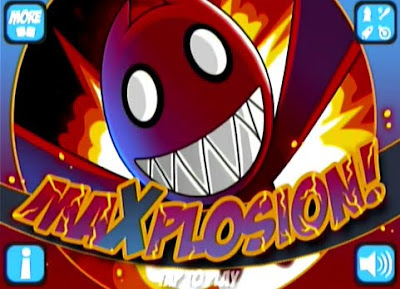 Capcom Mobile, a division of Capcom focusing mostly on smaller titles on iOS, is reported to have taken a large majority of ideas from Twisted Pixel's Splosion Man in its most recent release, a game titled MaXplosion.

Late Summer 2009, Twisted Pixel released its second IP, a platforming adventure titled Splosion Man, in which players control a wild living explosion who uses explosions to jump off walls, destroy obstacles, and attempt an escape from the laboratory in which it is created. This month, Capcom Mobile released MaXsplosion, a platforming adventure game in which players control an out-of-control creature who uses explosions to make jumps, destroy obstacles, and escape the laboratory in which it resides. Sound close enough for you? Heck, even the music style is extremely similar (see the videos below). 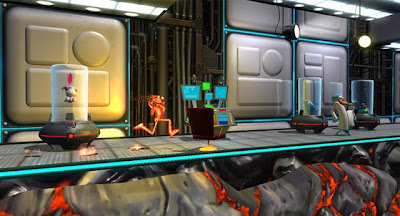 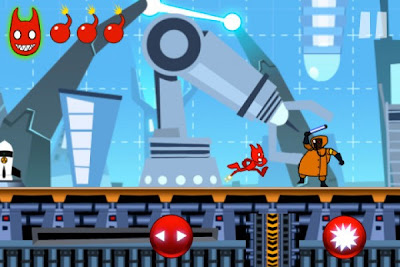 Twisted Pixel noticed swiftly, and a large amount of tweets arose surrounding the ordeal, many of which you can see in the sources below.

Not sure what to say about MaXplosion. Pisses me off.
- Michael Wilford, CEO, Twisted Pixel

Borrowing is great. Hell, we do it all the time. But that game is a complete theft.
-Mike Henry, Programmer, Twisted Pixel

According to Wilford, the company had originally submitted Splosion Man's concept to Capcom and was rejected, which makes the scenario all the crazier. However, Twisted Pixel will not be suing Capcom, mostly because the developer cannot afford to fight against a much bigger publisher over game design similarities. Also, the lawsuit would detract from actual game development, which would hurt its current projects, too. Instead, Wilford claims that the team should fight fire with fire, producing a game on the mobile space to greatly outdo what Capcom Mobile has created.

We'll just have to make our own mobile game and I'm hopeful that Capcom will see that robbing our s*** wasn't worth it in the long run. We'll let you know when we have something on the mobile front to talk about, but now we have added incentive!
-Michael Wilford, CEO, Twisted Pixel

Capcom Mobile has made an official statement regarding the matter, too.

While Twisted Pixel did have discussions with our console game team about publishing 'Splosion Man' on game consoles, Capcom Mobile is a different division of Capcom with separate offices and as such, had no prior knowledge of any meetings between the console game team and Twisted Pixel. 'MaXplosion' was developed independently by Capcom Mobile. Nonetheless, we are saddened by this situation and hope to rebuild the trust of our fans and friends in the gaming community.
- Official Statement, Capcom

The game has not yet been removed from the App Store and most likely will not be removed without any particular claim from Twisted Pixel. Furthermore, responses from Twisted Pixel regarding the above statement are not necessarily improved, either.

Speaking of Splosion Man, it will be the first IP from Twisted Pixel to get a sequel. The developer is currently developing Ms. Splosion Man for XBLA this upcoming summer. No doubt it will be a bit harder to copy this product without a lot more red flags in the air (if there are any more to raise).