Last E3, that is, E3 2009, two unique IPs were demonstrated in Nintendo's booth. One was FlingSmash, which is seeing its release this upcoming fall for a reduced price. The other was Line Attack Heroes.

Line Attack Heroes is an action title in which defeated foes join the hero in a line which can be whipped out with a swish of the Wii Remote. Furthermore, getting more heroes to help you out increases your power, allowing you to fend off more powerful enemies. The game has a complete story mode, with cooperative play available, and if players want to fight each other, there are four distinct multiplayer modes, as well. 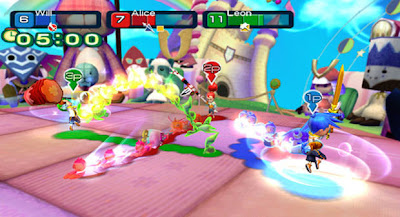 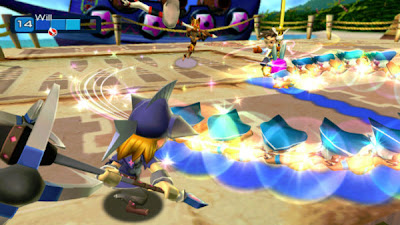 Line Attack Heroes is developed by Grezzo, a new development company headed by Koichi Iishi, known for producing the Mana series at Square-Enix. The game is now currently out in Japan, but the title has no American release date yet.

SOURCE
Posted by ThirdRateMinion at 7:16 PM