Unfortunately, the title pretty much explains most of what Capcom unveiled today. 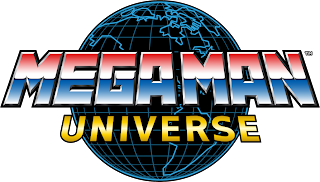 Keiji Inafune, the Producer behind Mega Man for the last fifteen years, announced that he is working on a new Mega Man game titled Mega Man Universe for Xbox Live Arcade and Playstation Network.

For the next chapter in this legacy of excellence, Capcom aims to deliver the most creative Mega Man experience yet. In Mega Man Universe, imagination is the star of the game.

“We are thrilled to finally be able to announce Mega Man Universe,” said Kenji Inafune, Head of Research and Development Management for Capcom Entertainment. “This game will break the mold and challenge the conventional wisdom of what a Mega Man game can be. When fans finally get to see it, I believe they’ll envision their most far-out Mega Man dreams coming true.”

Inafune is committed to helping craft a Mega Manexperience that meets the highest expectations of Capcom fans. Most recently Mega Man™ 10echoed this fact when its classic design and compelling gameplay made it one of the most sought after digital downloads of the year. Gamers can expect Mega Man Universeto bring the core experience fans want while delivering on the promise of innovation that Capcom is known for. Its official: classic gaming will never be same again.

The game was not shown in any way, shape, or form, other than through a teaser trailer, seen at the end of this post. Apparently, the teaser has a few hints about what the game is about.

Here is 3RM's expectations: the arcade systems are the game's worlds, and players, rather than play as Mega Man strictly, will build customized characters in which to venture through the game. On top of it, we believe it to focused primarily on level editing as well, thus one of the reasons the game will not be on Wii. It sounds like a Capcom USA idea, but Inafune is working on it, so we might be wrong. Above all else, the game appears to be LittleBigMegaMan, which could be awesome or not-so-much.

The game will be playable at Comicon next week in San Diego, along with perhaps a couple more game announcements on the horizon. No release date has been announced.

SOURCE
Posted by ThirdRateMinion at 6:01 PM