Lots of Bugs on PC...on Doodles. 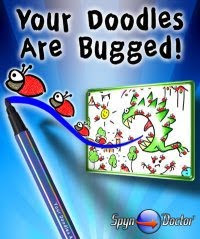 A number of gamers out there might be aware of a unique Xbox Live Indie Game Your Doodles Are Bugged! developed by Johannes Hubert, otherwise known as Spyn Doctor Games. While the game concept was unique and delightful, the controls were a little stiff with the Xbox 360 controller. Well, now you can replace that controller with a mouse and keyboard.

Today, Spyn Doctor Games has announced that its product will be coming to the PC thanks in part to the Blitz1UP program. Blitz1UP is a program headed by Blitz Games Studios which focuses on bringing Independent Games from such places as AppStore and XBLIG to other, larger platforms. Other products through the service include Clover: A Curious Tale and Weapon of Choice, the latter of which is not yet released. 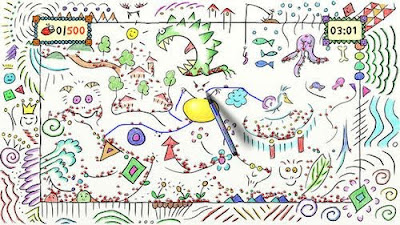 In Doodles, bugs have been hexed into magical doodles, and now it is up to players to guide the bugs to the exit in order to escape. This is done by drawing lines using a magical pen along the pre-drawn doodles. There are obstacles and dangerous objects in the way, though, so players have to make sure to keep an eye on where the bugs are headed.

Johannes Hubert had some words to say about the announcement:

"I am very happy that I can finally introduce my little crawling, jumping and squeaking bugs to the wide world of PC players out there. It has been really difficult to keep them bottled up in the Xbox all this time! The partnership with Blitz 1UP allows me to do this while staying focused on the actual game development and still remaining an independent game developer."

The new PC version of the game will feature four new levels, the Doodle Studio - a level creator through which people can share levels with friends, and a new unlockable free play area for doodler and bug alike! 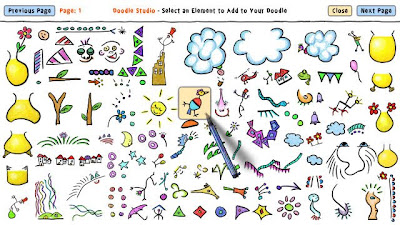 Your Doodles are Bugged is available now for Xbox Live Indie Games for 80 MS points ($1), but the revamped PC version has no specific price point as of now. It is expected for release late this year.