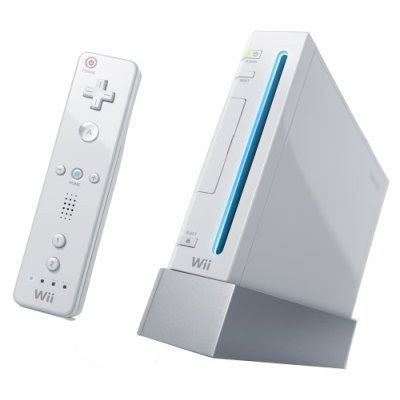 I can't imagine what Nintendo execs are thinking right now. I bet one of them is pretty close to the console's name.*

Nintendo announced that in its first 45-months, the Wii has passed 30 million unit sales in the United States alone; the next highest-selling system took fifteen more months to pass that milestone. That makes the Wii the highest selling and fastest selling console this generation, and potentially of all time.

“More than any other video game system in history, Wii has expanded the world of video games to new audiences,” said Cammie Dunaway, Nintendo of America’s executive vice president of Sales & Marketing. “This milestone is another reminder that people want fun games they can play with others – all at a value-minded price.”

The press release further mentioned a slew of titles that are coming out this holiday season for the little white (and occasionally black) console, including Metroid: Other M, Donkey Kong Country Returns, Goldeneye 007, Disney Epic Mickey, Wii Party, and Kirby's Epic Yarn.

The company went so far as to reveal the top first and third party games for the console thus far in the US, based on NPD data.

The Wii is currently available for $200 with Wii Sports, Wii Sports Resort, and Nunchuk and Wii Motion+ attachments included, both in Black and White colors.

While sales are arguably worse than before, Nintendo does deserve great props to making it this well with the console, considering how the market originally accepted it. It seems a new console is not going to come any time soon, from these sales. Here's to another 30 million!


*Whee, of course.
Posted by ThirdRateMinion at 7:25 PM