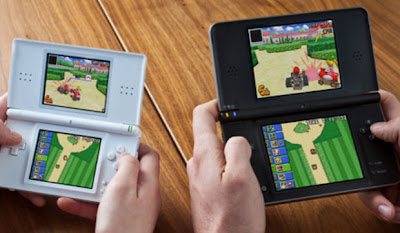 The two handhelds will be undergoing a twenty-dollar decrease, and the DSi XL, the most expensive of the DS handhelds, will now be sitting at the price at which the original DS launched.

Nintendo will be unveiling the final pricing, software, and launch dates for the upcoming Nintendo 3DS at the end of September, and with the price drop of the DSi systems this early in the holiday season, rumors are arising that the handheld will be releasing THIS year rather than next, as Reggie Fils-Aime had stated at "The Late Show," in June this year. Furthermore, the price drops suggest a price for the 3DS around $200 when it launches, but no information is concrete.

The Nintendo 3DS is the next handheld from Nintendo, focusing on displaying 3D without the use of glasses. It can be played with different strengths of 3D using a slider, and it will be backwards compatible with the DS library.

The Nintendo DSi is an expanded DS handheld which contains a new OS and two cameras. The cameras point in and out of the system, allowing for games to use the cameras as a control device. The DSi XL, which launched earlier this year, is a much larger DSi handheld made for those who prefer larger screens and a more accessible viewing radius. Furthermore, the DSi handhelds have DSiWare, akin to WiiWare, which are downloaded titles through a Nintendo online store.

As of now there is no word as to whether or not DSiWare can be purchased or even transferred to 3DS when it launches.