After months of silence regarding the game's changes, Sega has finally given some details on what aspects of the upcoming Sonic the Hedgehog 4: Episode 1 will be changed before its release at the end of 2010.

A little backstory: Sonic the Hedgehog 4: Episode 1 was originally announced for WiiWare, XBLA, PSN, and a secret platform, later announced to be the IPhone. It was anticipated for a July release, but before E3 in June, the entire game had leaked in video form through XBLA's PartnerNET system in which companies test games through Xbox Live before releasing to the public. In that leak, gamers discovered many problematic aspects, including two "gimmick" acts and a poor physics engine. This resulted in a massive amount of negative press toward the game, and Sega announced its delay in order to tweak the game and remove both hated acts in favor of other areas.

Sega's Blog explained a few of the updates this past week as the game comes closer to its final release. 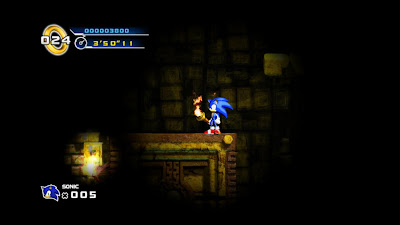 The first and most obvious change is the entirety of Lost Labyrinth Act II. The leaked version of Sonic 4 had the entire act located on a mine cart, but in the new version, Sonic is given a torch. The mine cart segment has been cut to the ending of the act, rather than the entirety of it. 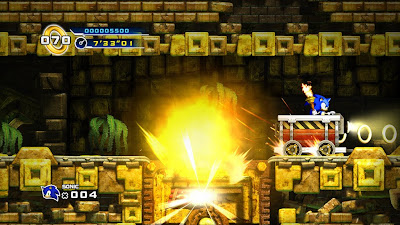 The second and third change are related to each other: Sonic's running animation has been modified, and it will appear faster than in the original build. Sounds like Sega's starting to understand that the devil is in the details. 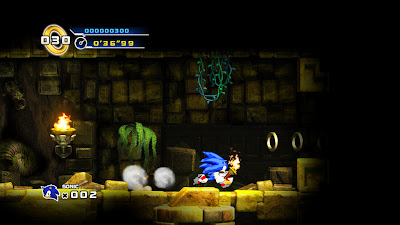 Finally, Sega mentioned that the game will be undergoing particular difficulty tweaks which cannot be wholly explained on this site.


More changes are expected as the remaining two worlds are unveiled before the game's release.

SOURCE
Posted by ThirdRateMinion at 4:20 PM