A few weeks ago 3RM reported that Double Fine, the development company which created Psychonauts and Brutal Legend, was working on four projects at the same time. [HERE] 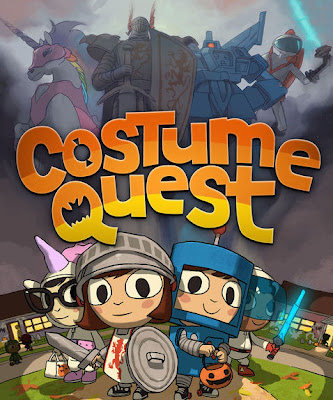 Costume Quest comes from the creative mind of Tasha Harris, the lead animator for Brutal Legend. This comes as the first project from Double Fine that is not run directly by Schafer himself, but he has stated that he will be having supervisory roles in all projects he does not direct, so that should calm down certain worried fans.

The game takes place on Halloween night, during which players take the role of a young boy Trick or Treating with his younger sister (genders can be switched for the main character, for inquiring minds). Unfortunately for him, the sister is captured by a monster who seems to be mistaking who or what she is. Thankfully, the boy has the ability to pull monsters from his imagination and use them to fight off monsters in order to help save his sister and make it back home before his parents freak! He will have to take on more than just monsters, though; other children will come into play as both friends and foes. 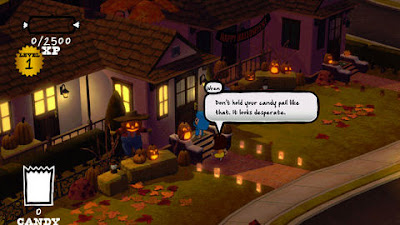 The player moves around the suburban neighborhood, hoping to find his sister. Quests appear as porch lights at specific houses, and at each house, particular adventures await. One example provided was a special "theme party," in which players have to collect stuff in order to make an impromptu costume to fit the theme of a particular party. Once each mission is achieved, players get candy and information on where to go next.

There are other types of missions, as well, including battles with monsters, in which the children transform into realistic versions of the beings they portray. Sounds like something we all wish we could do as little ones. 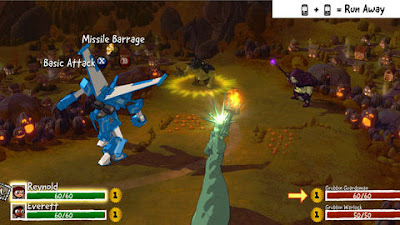 Costume Party is set for release through THQ onto PSN and XBLA this Halloween. Another DLC title is slated for early 2011. Cavities are forming in my teeth already.

SOURCE
Posted by ThirdRateMinion at 8:12 PM