Nintendo began to allow Demos for WiiWare titles as of November of this year, and with each week, there has been at least one new demo released alongside the new titles for WiiWare, Virtual Console, and DSiWare.

In order to help those see what the demos contain, we here at 3RM will explain what each demo contains content-wise relative to the actual game.

Please note that games which have a bronze rating or higher on the Nintendo Channel will keep their demos longer. In order to vote for the games, you must own the full version and have played the full version for longer than an hour in order to recommend it. Once recommended enough, the game will be given a particular rating on the Nintendo Channel. 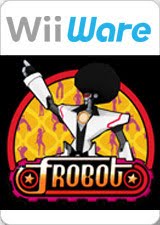 What is it?
Frobot is an overhead adventure title in which players assume the role of Frobot, a funky robot developed in order to save the world from the evil corporation BotBlocker bent on world peace via planetary destruction. When his girlfriends are captured, he loses most of his moves, and as a result, he is forced to rescue each of them before going to kick some robobutt. The game is much akin to Zelda in that each level is an overhead dungeon filled with combat and puzzles. There is also a multiplayer mode and hidden items to be found in each of the levels to unlock more stuff for the multiplayer mode. All of the content is tied together with a funky visual and musical accompaniment, making Frobot one funky mutha robot.

What does the demo have?
The demo starts off with the tutorial level (Level 1) once the opening is over. The level allows players to use a fully-powered Frobot before his powers are stripped. Following the incident, players can venture into the next level within the Slums, and the single player experience ends shortly thereafter, while fighting the game's first boss. There is also a map available for multiplayer action, allowing for all modes of the game to be tested out. Once the demo is over, players can choose the usual three options: return to Wii Menu, Wii Shop, or the Demo Title Screen. There is a glitch involved, based on some reports, when the Demo Title Screen is selected, but this may have been fixed as of today. 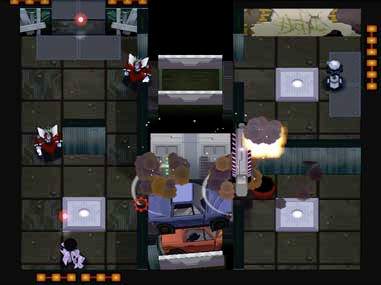 How does it compare to the full version?
Frobot's demo only shows, all told, 2 levels and part of a boss with a hint of multiplayer. The full purchase allows players to venture through 20 levels across 5 locations and 10 maps through which players can fend off each other in multiplayer. The demo makes mention of Power Picks which can be found in each level, as well as rewards for beating levels as fast as possible, but neither are truly available until players get the full version.