Hyperdimension Neptunia puts players in control of powerful goddesses called CPUs, or Console Patron Units. These goddesses are based on consoles released in recent time, including the Wii, Xbox 360, and Playstation 3. Neptune is original, but in a way she is based on the Sega Saturn. Get it? Saturn? Neptune? 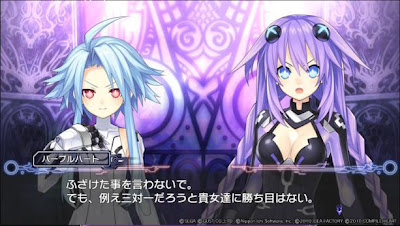 Moving on. The game focuses on customizations which change the CPUs' appearances and stats. Players will need to customize well in order to help Neptune save Histoire and fight the evil Arfoire as it attacks the world of Gamindustri. User-made images can also be imported for use as special summon spells or even as an emblem on Neptune's body. 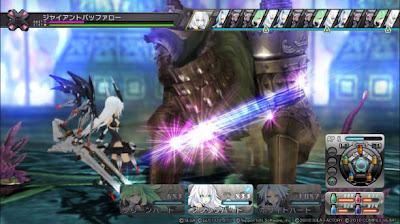 Hyperdimension Neptunia will be releasing for PS3 in Spring 2011.

NIS America is the American branch for Nippon-Ichi Software, the development house responsible for the Disgaea series and spin-offs, as well as other titles including Phantom Brave and Makai Kingdom. The game is developed by Idea Factory's Compile Heart which opened in 2006; the company is perhaps best known for Cross Edge, a cross-over strategy RPG for Playstation 3 and Xbox 360.