Not long after the release of Sonic Adventure along with the upcoming release of Crazy Taxi via digital download services, Sega has made it known that it is continuing its Dreamcast releases for XBLA and PSN with Space Channel 5 Part 2 and Sega Bass Fishing.

As with the previously released Sonic Adventure, the two titles will play in 720p and allow for widescreen display, though graphical upgrades to the games themselves will most likely be minimal. If pricing is similar to the first Dreamcast rerelease, expect each game to be the equivalent of ten dollars a piece. 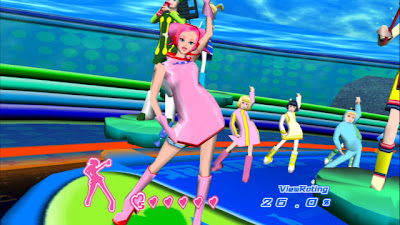 Space Channel 5 stars Ulala, the top reporter for Space Channel 5, and in Part 2, she is investigating, and attempting to thwart, the Rhythm Rogues and their multiple kidnappings around the galaxy. The series is a rhythm-based adventure in which the the game announces a pattern which players must repeat via Ulala in order to progress, akin to Simon. Of course, unlike Simon this game has a lot more groove going on with it. It was rereleased previously on the Playstation 2. 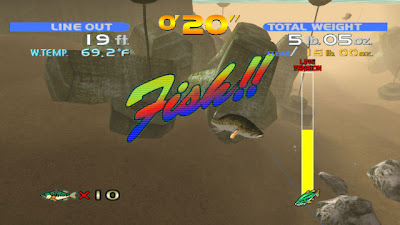 Sega Bass Fishing is a fishing game developed for the Dreamcast which has become a popular title among Sega fans. Originally an arcade game, the Dreamcast release was further developed with a special fishing pole controller, and its graphics were lauded for what the Dreamcast offered. Despite these factors, the game's scope was narrow and thus sold poorly at launch. Over time, the game has grown on Sega fans for its arcade-paced gameplay. It has since been rereleased on Wii.

Both games should be seeing releases on PSN and XBLA in early 2011.