Zenimax does the Tango

ZeniMax Media, the parent company of Bethesda Softworks has announced that it has purchased Tango Gameworks, the new developer created by Resident Evil 4 and Vanquish director Shinji Mikami. 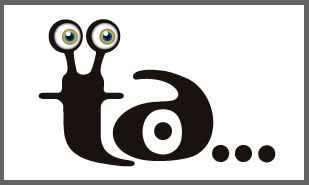 Tango Gameworks' mascot and logo
Tango Gameworks is the development group created and led by ex-Capcom director Shinji Mikami. At Capcom, Mikami-san was known for his development of the Resident Evil and the Onimusha series. He also produced Dino Crisis and Devil May Cry, and his final project was Clover Studio's God Hand, an intense beat-em-up for Playstation 2. Once Clover Studio was dissolved, a myriad of employees left Capcom to form new ventures, one of which was Mikami-san.

This purchase comes shortly after the release of Vanquish, the last title directed by Shinji Mikami alongside Platinum Games. He will not shift in position at Tango as a result of the purchase, and he will be the lead creative director on all titles developed by Tango, with a focus on AAA multi-console projects.

“Shinji Mikami has earned a stellar reputation as one of the industry’s finest game developers. He has repeatedly created hit titles that have earned praise from fans and critics around the world. We share his vision for innovative, genre-defining games and look forward to working with Shinji and his team at Tango.”
- Robert Altman, Chairman and CEO of ZeniMax Media

ZeniMax Media is a media organization with a focus on developing electronic entertainment, owning such companies as Bethesda Softworks, the publisher behind Fallout 3 and the Elder Scrolls series. The company has been making large purchases of developers recently, with the biggest being id Software, the developer of Quake and the upcoming hit Rage.

Currently, Shinji Mikami is working alongside Suda 51 on Shadows of the Undead for the EA Partners program, expected for a release in mid-to-late 2011 for HD consoles. Following this title, it is most likely that his projects will remain under Bethesda and Tango Gameworks.