Originally announced through a teaser website, FAST Racing League is a futuristic racing game in which players ride hover vehicles down twisted tracks in order to get the gold. What makes FAST unique from the likes of Wipeout and F-Zero is the phase system. 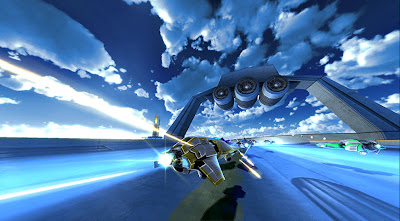 Vehicles have two phases, white and black, and around each track are boosters and other objects with those same colors. Only when the same phases meet will these objects interact, however. For example, when a white-phased vehicle runs over a white-phased booster, the latter is activated, providing for a faster ride. In the end, those who know the turns of the tracks and the phases of the boosters will be the victor. 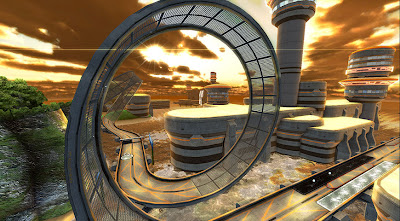 The game will allow for up to four players to play together in splitscreen multiplayer, and beyond the main racing modes, the game provides twenty four challenges to keep players busy, even after they have won all of the tournaments. 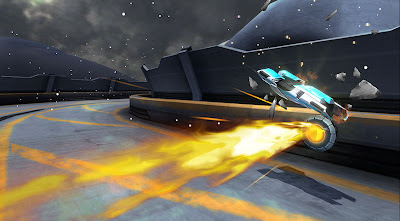 The game has no release date yet, but it is a WiiWare exclusive.

Shin'en Multimedia, formed in 1999, is a developer of a multitude of games from handhelds to consoles. It is best known for the shooter franchises Iridion for GBA and Nanostray for DS. The company focus has been on WiiWare lately, with the past releases being Fun! Fun! Minigolf, Art of Balance, and Jett Rocket.