Earlier this week, Team Meat finally let the cat out of the bag in relation to its exclusive content for the Xbox Live Arcade version of Super Meat Boy: an extra chapter entitled "TEH INTERNETS." 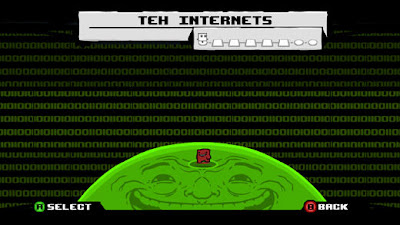 Teh Internets is an extra, unlockable world through which Team Meat can upload new chapters to the game for no extra charge. According to the developer, consisting of Edmund McMillen and Tommy Refenes, the XBLA version of the game required an exclusive online mode in order to be released. Aware that extra downloadable content would require a pricetag, the duo decided on a little loophole: a world through which the team could release new chapters without taking so much space that it constituted the pricing of downloadable content.

The short explanation is that Teh Internets is a specific chapter for Xbox 360 that takes advantage of Title Managed Storage (TMS) through the Xbox LIVE service that allows us to add new chapters whenever we feel like it to the game. 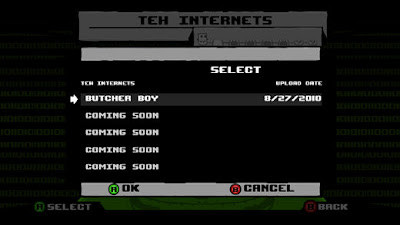 In short, the team can produce more levels using the game's current assets and ultimately continue to make worlds for players to traverse through for free! Team Meat has the following chapters slated for the game, thus far:

1. Butcher Boy, an 8-bit Meat Boy world with added difficulty
2. The Sewers of Dross, a Gish-exclusive world
3. Meat Boy, an 8-bit remake of the original flash title
4. Debug World, an insane world which uses the engine to its limits
5. ???, an unknown chapter. 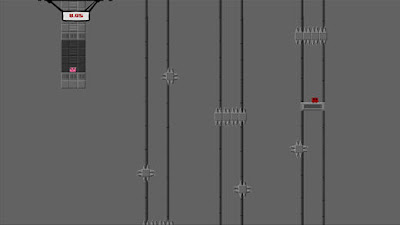 Only Butcher Boy will be available at launch, but the others are expected to be released in a year's time. Note that this service is exclusive to the XBLA version of the game.

But what of the other versions?

The Mac and PC versions of Super Meat Boy will have a level editor, some six months after their release. Through this, players will be able to share their creations freely. The level editor will not be available on the XBLA version on account of user-created content regulations. However, Team Meat is planning to release "Best of" packs through Teh Internets in the future.

The WiiWare version is what remains in question. The duo are working on bringing something exclusive to that version, as well, but both Teh Internets and the level editor are out. They are working on something, but they cannot tell anyone yet until details are finalized.

Super Meat Boy is an arcade platforming title in which players help Meat Boy save his love, Bandage Girl, from the maniacal Dr. Fetus. The game features over two hundred levels spanning several worlds, and there are a collection of extra characters, ranging from CommanderVideo to Alien Hominid, which also adds to the game's already content-filled plate.

While no concrete release date has been given for the WiiWare or PC and Mac versions, the XBLA version will be seeing its official release on October 20th this year.

Posted by ThirdRateMinion at 7:30 PM