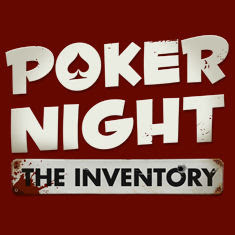 A week ago, Telltale Games showed a teaser image of the four character sillouetes, explaining that all four characters would be in a game together in some fashion. Those who looked hard enough might have noticed that the Heavy, usually touting a massive minigun, was holding a pair of cards. 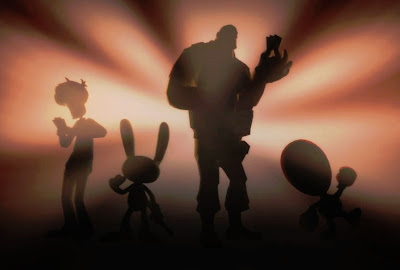 Well, maybe not THAT hard.

The game appears to be the standard card game affair, but the choice of setting and characters suggest that banter between the players is what will ultimately become the game's biggest selling-point. The Telltale website currently explains the game as so:

In Poker Night at the Inventory, you'll deal with Penny Arcade's clever, cunning Tycho, Team Fortress 2's hulking Heavy, Homestar Runner's self-proclaimed "awesome icon" Strong Bad and the hyperkinetic "rabbity-thing" from Sam & Max. These characters come together in ways some never thought possible, in a setting few would have predicted. You'll experience a new style of poker, particularly when hands don't go the way of the other fiery competitors at the table.

Sounds like there might be more than the usual card game here! Tycho is missing from the screenshots because his model is not yet fully completed. 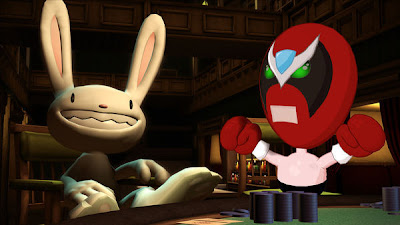 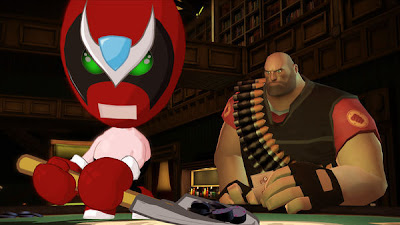