This Sunday, Epic Games announced that sales of their "Carmine's Fate" shirt campaign had yielded over $150,000, all of which are going to the Child's Play charity. 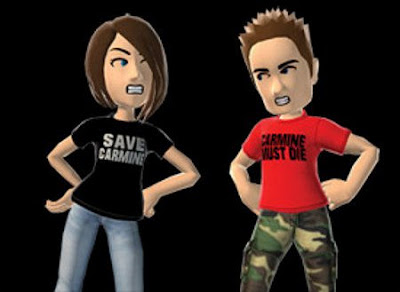 Spanning the month of August, Epic Games decided to have the fans choose the fate for Gears of War character Carmine in the newest installment of the series. This would be completed by purchasing one of two Avatar shirts: one stating "Save Carmine," and the other, "Carmine Must Die." After the period, the sales of the two shirts would be tallied, and whichever sold the most would yield the result in the final game.

At PAX Prime 2010, Cliff Bleszinski and Rod Fergusson of Epic Games stated, in a prerecorded video, that the charity resulted in over $150,000 in sales, all being donated to Child's Play. The fate of Carmine is sealed, but they would not state the winner until Gears of War 3 is released next year. 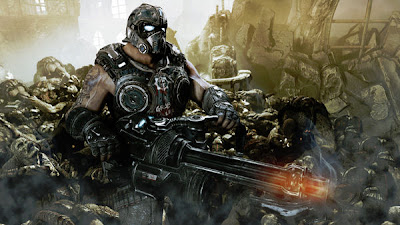 Child's Play is a charity, formed and operated by the creators of Penny-Arcade, in which the money goes to purchase video games and related equipment for children who are in sick care at hospitals. The charity has earned over 5 million dollars in donations, all brought in by people and companies within the video game industry.

Gears of War 3 is the last of the trilogy of Gears of War titles in which man has all but fallen, with the main team and a few struggling groups of survivors fighting to stay alive. The game will be seeing a release in April 2011 for Xbox 360.