TGS: DmC, the next Devil May Cry Announced

Capcom has finally announced that it is producing a new Devil May Cry, aptly titled DmC, developed by UK game studio Ninja Theory.

DmC is the fifth game in the Devil May Cry series, previously an in-house product until now. The game stars a much younger and less-white-haired Dante, who is brought to this new world after a trusted relation promises something special for him. 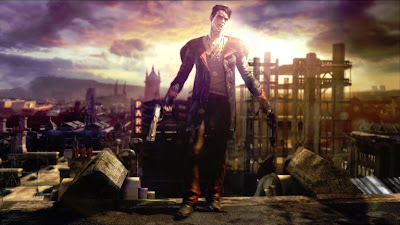 The trailer shown at the press conference depicts Dante in what appears to be a psychiatric ward, to put it loosely. Being asked for his name, he envisions himself attacking a multitude of demonic doll-like beings with dual pistols, a sword, and other weapons. The game appears to take place in contemporary times, as the new Dante ends his fight by throwing a car at the remaining enemies. If the game plays as the trailer shows, fans should not worry about the new developer's input. Furthermore, Hedeaki Itsuno, one of the leads of the original series, is overlooking the production of the new title. 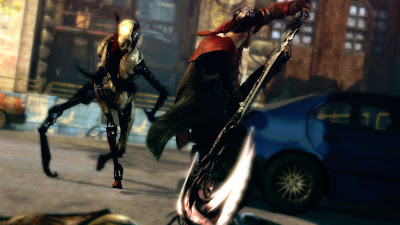 Ninja Theory, created in 2000 under the name Just Add Monsters, is a game developer best known for creating Heavenly Sword, an action title which highlighted the launch of the Playstation 3. After its poor sales in comparison to other games, the company has moved onto other projects. It is currently developing Enslaved for Namco-Bandai Games alongside DmC. As Just Add Monsters, the company developed the Xbox brawler Kung Fu Chaos.
Posted by ThirdRateMinion at 8:34 PM