Finnish developer RedLynx has announced a new title coming to WiiWare in the near future: an arcade side-scrolling racer entitled MotoHeroz. 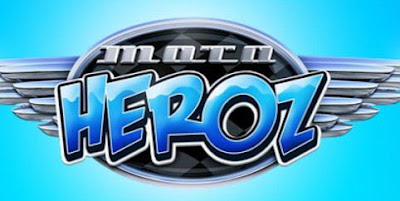 MotoHeroz is a physics-based racing title in which players assume the role of monster trucks as they run across bumpy and seemingly impossible tracks to the goal line. In order to bypass the many obstacles, players will have to time their speeds and their angles, lest the trucks land on their backs and explode.

The game contains a single-player mode, challenging players through multiple worlds of insane terrain, and a four-player multiplayer mode offline, in which players attempt to make it to the end of a level before the rest and without failing, of course. 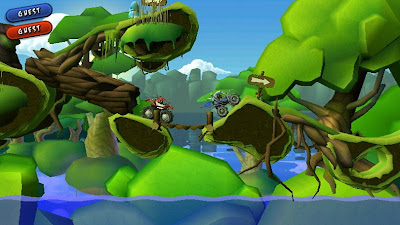 There is a new mode to the mix, however. An online competition mode releases a new track every day, providing players the ability to beat the times of other racers around the world periodically. Of course, leader boards are available, too, globally and with friends!

"With this game, we are taking our expertise in downloadable content, addictive gameplay, and the racing genre, and adapting it to the strengths of the Wii™," said Antti Ilvessuo, Creative Director of RedLynx. "The result is a unique, appealing game that combines racing game thrills with platformer charm," he added. 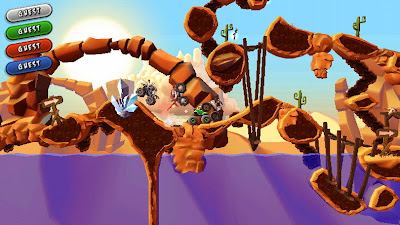 RedLynx is the developer best known for last year's Trials HD which released during the Summer of Arcade, where it became one of the best-selling XBLA titles of the year. The company has also worked on a number of IPhone games, which according to the company Press Release, have well-surpassed one million units.

MotoHeroz is expected for release either by the end of this year or by early 2011.

SOURCE
Posted by ThirdRateMinion at 8:57 PM